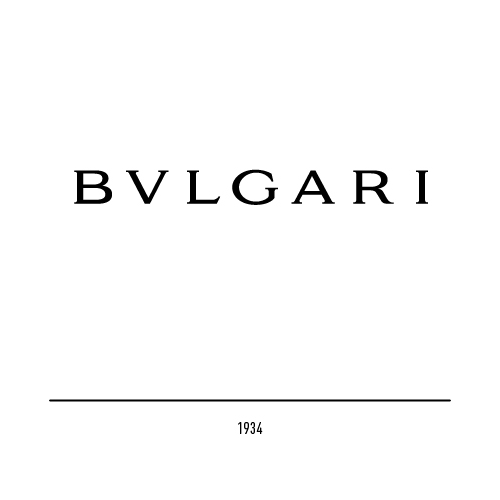 Since 1884, Bvlgari has exemplified Italian excellence around the world. Built upon 2700 years of Roman history, Bvlgari has always honored its rich past and the exuberant spirit of its home city through modern and daring designs. Renowned for a stylistic audacity and a penchant for colour, a Bvlgari piece is immediately recognizable. The sensuous proportions and design, the striking materials and the reverent love for Roman art and architecture – such characteristics define each creation. Bvlgari innovates in design and workmanship while guarding and keeping alive artisanal techniques thanks to a deep mastery of craftsmanship and to the strong bond with its Roman heritage. The history of the company began in 1884 with its founder Sotirio Bulgari, a Greek silversmith that moved to Rome with his strong and daring vision. A true entrepreneur of his time, Sotirio opened in 1884 the first shop in Via Sistina, followed in 1894 by another store in Via Condotti 28, and in 1905 by the historical flagship store at number 10 of Via Condotti.

During the post-war boom Bvlgari moved away from the strict disciplines of the dominant French school to create its own unique style, characterized by bold coloured gemstone combinations. During the same decade, in the midst of the Roman Dolce Vita, Bvlgari became the Jeweller to the Stars, beautifying the most fascinating international actresses of the time. After the extravagance and the chromatic renaissance of the Sixties, Bvlgari captured the glamour of the Pop Art movement into exuberant and daring creations. In the Eighties, with the adoption of modular jewellery, Bvlgari introduced the idea of prêt-à-porter, easy to wear jewels, becoming the favorite choice of the modern empowered women. Today Bvlgari is a global luxury player, known for unrivalled design, striking volumes and bold colours. Finding endless inspiration in the Eternal City, Bvlgari reinterprets the majestic symbols of Rome into exquisite editions of jewellery, watches, accessories, perfumes and hotels. 598 employees in the Jewellery Manufacture of Valenza Po (AL)

With the new Jewellery Manufacture in Valenza, opened in January2017, Bvlgari confirmed its commitment to invest in the inestimable value of Italian manufacturing art, which combined with creativity and style, is the distinguishing feature of the excellence of its products. The new site with its innovative systems and its low environmental impact is a coherent fit within a production network developing where we find expertise and technical capability in every product category.

As the largest Jewellery Manufacture in Europe, the production site covers an area of 14.000 square meters and it is composed by two buildings with juxtaposed architectural characters, to symbolize the perfect bridge between tradition and innovation. From its opening until today, 220 new employees have been recruited.

Following the ambition to invest in the local area and further develop expertise in the goldsmithing district of Valenza, Bvlgari has developed an ambitious project within the Manufacture: the Bvlgari Academy. Created to provide permanent support for training activities, this technical college offers stages to students from outside colleges and provides specialist training for new employees.

LEED – “Gold” level of the Leadership in Energy and Enviromental Design Certification:.